Did you know these crazy facts about ancient world weddings?

Melded together over the years, different cultures and their customs have created a hodgepodge ceremony we now engage in our declaration of ultimate love. So let us peek at a few.

Wedding vows did not take place within the church or religious houses. The commitment occurred at the bride’s home, her intended’s household or outside the chapel door, blessed inside after the initial ceremony. Celts preferred to remain outside among nature and barefooted, connected to mother earth.

Hand-fasting was a trial arrangement. No need for pre-marital jitters here, after a year and a day the agreement between the two to either split or to make their union official would be finalized. To get married no formal contracts or ceremonies were necessary. Simply giving your consent freely and stating your commitment was enough to see you dually hitched.

Public contracts were necessary later in history due to legal claims and other religious changes.

Blue, brides in Western civilizations more often wore a blue gown on their wedding day as was associated with faithfulness, purity and later the Virgin Mary. White was not a favored color until after the 19th century. Did you know the color white was worn by French Queens while in mourning? No, I did not.

Bridesmaids were a needed distraction. These women were required to dress in a similar fashion to confuse malicious spirits intent on harming the bride, and that is not all. The bride’s bouquet contained herbs warding off these same intended party crashers whose goal was to curse the blessed virgin. Well that, and if covered by a veil these evil machinations would be unable to see their intended target. That or scared off by wedding bells. Duh!

Groomsmen were the protectors of the lucky woman from thieves out to steal her dowry, her person or even her life, ensuring the maidens timely arrival to the ceremony in all aspects, including the potential runaway. The best man often had the role of ultimate guardian and remained armed and ready to protect the groom from perhaps angry family members who may try to intercede the wondrous event, retrieving an abducted sister, daughter or cousin. Hence the groom and groom’s man kept their right hands free in case needed for defense. Forgiveness was a possibility with the cooling off period of a honeymoon or the groom coughing up some mullah and doling out a bride’s price.

I will not spoil our romantic versions of love within a marriage or the freedom of marrying by choice, most often quite rare.

That is where your historical romance authors come in to tell a fine tale!

I may well embarrass them both in my valiant, grappling attempts

Concept … Rome’s failure to conquer a mysterious kingdom, Pictland and her people.

Premise … An unwary woman inherits the faculties to alter a nations destruction through re-birth.

Log-Line … Kept oblivious of her destiny a young woman is fated to wed a stoic demi-god in Ancient Caledonia, unleashing forces meant to rob her of life, ultimately, joining both houses of the mortal and supernatural.

Expanded … A young woman kept oblivious from her destiny is fated as the Womb of New Life, committing her to wed a stoic demi-god of Caledonia, stealing her independence, whisking her into a foreign land, impelling her to come into her own as wicked changelings try to rob her of life. The last stand in joining both houses of the mortal and supernatural will force her husband to choose between immortality or the love of his new bride.

Beauty and the Beast meets demi-gods.

So much more than a paranormal romance novel. 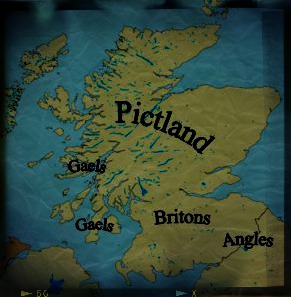 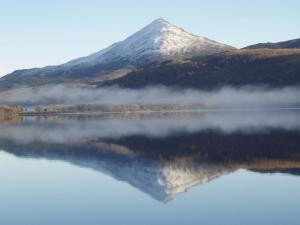 Symbols on the reverse of a Pictish cross slab, known as ‘Rodney’s Stone’

the Roman’s line of defense 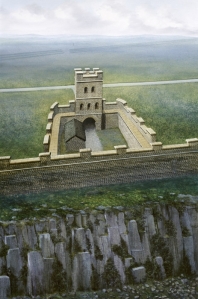 This is a reconstruction drawing of Sewingshields Milecastle on Hadrian’s Wall. Hadrian’s Wall was built by the Romans between AD122 -128. It stretched 117km across Northern England from the river Tyne to the Solway Firth. At every ‘Roman mile’ (approx 1.5 km) along the wall a mile castle was built. These were small forts for up to 50 men. Between each of these were two turrets. There were also at least 16 major forts such as Wallsend, Housesteads and Vindolanda on or near the wall. Around 2,000 soldiers were needed to patrol the wall. This site is now in the care of English Heritage (2010). 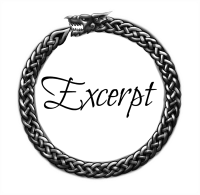 “Defender of the Realms”

It took hours for her to fall into a fitful sleep. Thrashings continued, while erratic dreams plagued Pheobe, dragging her back to a time of long ago. Her mother held her close, rocking her, whispering soft into her ear.

“My sweet – sweet Pheobe,” her mother crooned and brushed the platinum-flecked hair off her tiny forehead, scattering abundant kisses in its place.

Pheobe was a mere four summers of age.

He was here. As soon as the fighting began, her mother would whisk her away, hiding her from her grandfather’s presence, into the solarium for sanctuary. The confinement would be a necessary measure, and then the stories would begin. Her mother, Dalia, could weave a Faerie’s tale like no other, entrancing Pheobe for hours.

Many times Pheobe had heard the magical story. She could recite the tale in perfect accord to any who would stop long enough to listen.

“Once upon a time there was a faery princess,” her tender voice began.

“The princess fell in love, desperately, with a mortal man. The son to a great lord who kept peace among the neighboring lands. Never was he supposed to cross the border. The treaty did not allow him to step foot across the Silver Creek and into the acres of Marche. But cross it he did.

“To the river bank he had gone where the princess sat washing her ink-black hair. As soon as his foot fell upon the forbidden province, horns sounded, and alarms rang for his folly. Clouds blanketed the heavens, shifting in violent bursts. All of the forest creatures stilled, and darkness immediately fell.

“The toad Jerome croaked his warning, but she would not listen. Instead of vanishing into the scenery as the princess was supposed to do, she kept her human form, singing a soft, soothing tune. Finishing her task, she then sat up to watch this brazen stranger, as he dismounted his chestnut stallion.

“His hair matched the color of her own, eyes beaming a steeled grey and twinkled as the stars in the deep of night. He was lovely. Never had she seen a human male so breathtaking and alive. He stood as sturdy as an oak in the heart of the forest, his skin dark as the rough bark of its branches. The faery princess lingered in a state of wonder, forgetting to blend into the water’s shimmer.

“Kneeling to fill his flagon, he saw her reflection in the pool. He looked about to see this beautiful lady who stared directly at him, but he could not find. About him, he saw only lush grasses, the mossy emerald of the river’s bank, the tangled foliage surrounding the creek side, and the fast approaching turmoil of the storm.

“Gales blew mighty circles around him and distant trees swayed with their force. But there was no lady, no woman anywhere could he see. He saw only fallen stumps and scattered greenery. No fair maiden to behold.

“The young princess could do nothing since her image lay cast, and, like a fiery brand, her reflection remained imprinted into the creek’s watery mirror.

“He called out. ‘My lady, you do play tricks on me, for here I do see your comely face. Where is it you hide?

“Panic lodged in the hollow of her throat. The princess sat startled as he addressed her.

“Again, he spoke, ‘If you have no words, then I hope, my fairest queen, you will not mind if I spend this day gazing at your beauty.’

“Unable to speak or vanish, all she too, wanted to do was watch this handsome man who dared cross her path.

“My name is Tristan, Marcus of Sedgwick, first son of The Grand Duke.”

“On the wind, his mind heard her calling clear. Through the encroaching mist that appeared in puffs of wispy smoke, threatening to swallow him whole.

“Her voice cascaded in a chorded melody, weaving an enchanted song tightly about his heart. But the day grew gloomy. The weather quickly sank upon him and forced him from the water’s edge. Great gusts shouted their warning for him to turn back, to stay far away from this forbidden realm.

“No one would be prepared for what happened next.

“He drank deep from his water’s pint the enveloping warmth of her image. He drank deep every ounce of her precious energy until nary a drop remained.

“Life was never to be the same.

“Lightning clashed; thunder boomed deafeningly. The ground underfoot trembled in earth-shattering force. Horse and rider sank deep into the earth and far beyond sight, falling, spiraling, clashing with worlds not understood, nor had he known existed.”

Pheobe’s dream continued, hearing her mother’s words as though it were yesterday.

“Every century’s time, the Eastern king of the Scots faeries will have to relinquish his greatest treasure. That of his first-born daughter, to a mortal enemy Lord until the day when both worlds would then join as one. The halves must collide, and The Devlin shall take his bride. It will end with you, my daughter. The Devlin will come for you.”

I would like to present the inspiration for “Defender of the Realms.”

Caledonia, we know today as present day Scotland; a name given to the area North of Britannia by the Romans, an unforgivable land and people these decimators were unable to conquer and through only accounts of their oppressors would written records be known, thus a vague history formed of the Pictish people, also known as the Caledonii who occupied the Kingdom of the Picts.  By the year of 900AD this race and culture would literally be extinct.  The language would neither survive and eventually be replaced by Gaelic.

With so much mystery surrounding this period of Antiquity, and its people, you can see how exciting it would be for me to create my lore of Pre-Celtic time where an old volcanic mountain called Sidh Chailleann, translated as “Fairy Hill of the Caledonians,” rich in flora and fauna, ultimately may have swallowed her own history during the changing tides of religion.

The dates are uncertain when conversion to Christianity took place, but there is noted divisions where the Gaels would take the land above while Tuath De, tribes of the goddess – depicted as kings and heroes of the distant past accredited with supernatural powers, inhabit the otherworld below, a genuine battle of sorcery and if shown tribute the land would become theirs alone.

Romans built close to hundred mile walls to use as defense against the Picts, where the most Southern line would be depicted, ‘The Aelian Frontier’ and inscribed on this enormous barrier is the name Draconis:  In translation, ‘Property of…Draco,’ the Latin word for dragon.

What a great time this was! 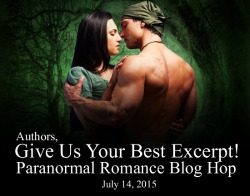 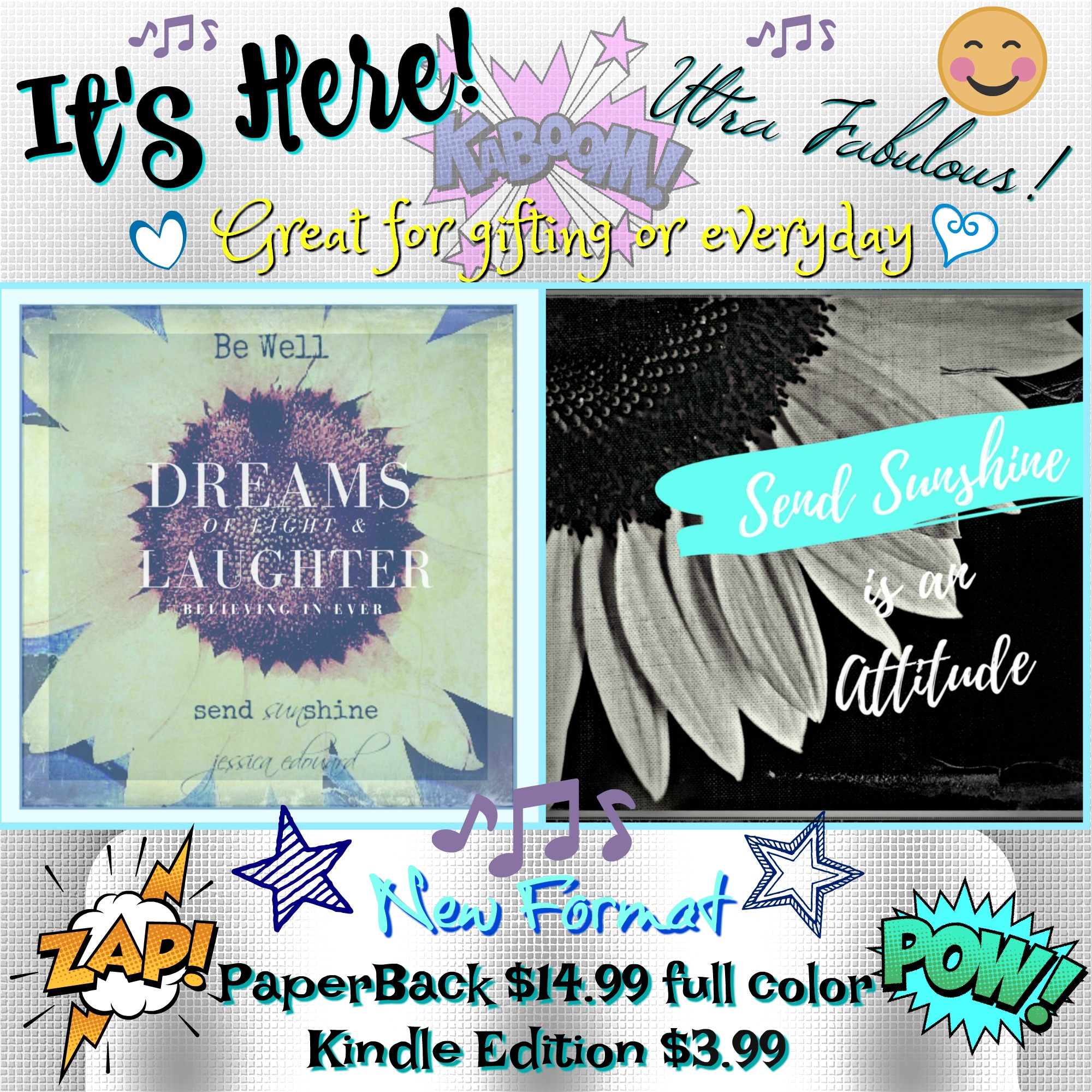 “We have one world. We have one chance; to be a united force of positive strength, to feed humanity the light of being humane.”
—Jessica Edouard
Goodreads Quotes

An exploration of writing and reading

DIVING IN SINCE THE FIRST SEASON EST. 1995

Science at Your Doorstep